The Central Coast of NSW is home to one of Australia’s largest nations of First Peoples. It is bound by the Hawkesbury River in the south, the Watagan Mountains in the west and the southern end of Lake Macquarie in the north, The region is abundant with natural beauty and rich in cultural heritage, with over 7,000 registered Aboriginal sites. It is the home of the Darkinyung people.

The Darkinjung traditional boundary spans both the Wyong Shire and Gosford City local government areas on the Central Coast. The region boasts a diverse Aboriginal community that is entering into an exciting era of advancement as a result of strong leadership and a strong economic base. We are now acknowledged as the fastest growing Aboriginal community in the country, with a population of around 13,000. The growth rate of the Aboriginal community on the Central Coast—an increase of 40 per cent between 2006 and 2011, according to the 2011 Census—is outpacing that of the general population. At the same time government funding for provision of services to this community is being reduced.

While our Aboriginal community organisations and centres provide invaluable services, change is required to meet growing demand. Furthermore, if we want to innovate, educate and grow our community sustainably, we are faced with very real challenges. The collaborative efforts under the Empowered Communities initiative will help meet this demand as well as close the gap in social and economic outcomes between Indigenous and non-Indigenous Australians on the Central Coast.

“The Darkinyung language, my language and the language of my people was thought to have been lost many years ago, along with our songs, stories and dance. This left a void in our lives and we felt incomplete, not having or knowing the language of our ancestors”

Barang, meaning ‘tomorrow’ in Darkinyung language, is the name of our backbone organisation for Empowered Communities on the Central Coast. Working together with governments, with our community, with all stakeholders, with one voice, we will create a strong, empowered future that will generate economic prosperity for all community members. 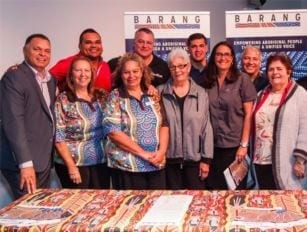 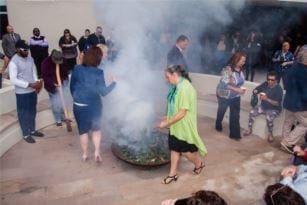