Goulburn-Murray region sits on the land of the Yorta Yorta Nation, on the junction of the Goulburn and Murray Rivers in northeast Victoria and southern New South Wales. Yorta Yorta Country encompasses the regional townships of Deniliquin, Echuca, Kyabram, Shepparton, Mooroopna and Wangaratta and includes significant cultural and geographic features such as Barmah/Millewa Forest and parts of Gunbower, Perricoota/Koondrook Forest, wetland systems identified as of international importance. The Yorta Yorta Nation has legislative powers to manage and protect their cultural heritage under the Victorian Aboriginal Heritage Act 2006.

The Goulburn-Murray regional townships are urbanised environments where the historical and contemporary experience of dispossession and prejudice poses a challenge to successful integration into the broader community. Aboriginal community driven organisations in the region have begun to make critical progress in key areas (figures as at 2015):

However, significant challenges remain on some of the most complex and intergenerational issues, including educational attainment, employment and social inclusion. Progress on these issues has been hampered by the lack of a collective vision and sense of future against which to strategise and measure progress. Because of their complex nature, these challenges can only be truly overcome with a holistic, coordinated and long-term effort involving an agreed partnership between government, community, industry and the service delivery sector. 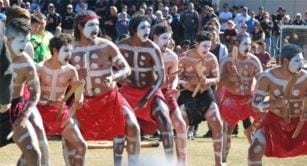 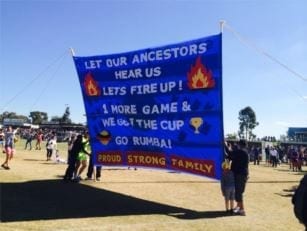